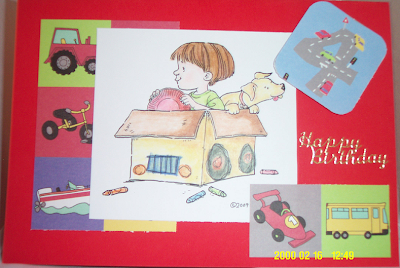 Here is my finished card for my son who will be 4 on Thursday.  You'll have to excuse the timestamp in the photograph.  I didn't realise it was there until I uploaded the pic and it's not even the right date!

So I've used a piece of Red A4 card folded in half.  The papers used are from Dovecraft's Kids papers.  I won't mention the name of the image as it's part of the candy above but it is from the wonderful Mo Manning.  I've coloured it using my Prismacolours which I think I'm starting to get the hang of.  The photo doesn't do it justice.

Anyway, hope he likes it.  I'm sure he'll just toss it aside for the pressies.  After all, he's only four!

UPDATE:  I've just found a challenge to enter for boys cards over at Cute Card Thursday so have entered this card.  Pop over and give it a try. 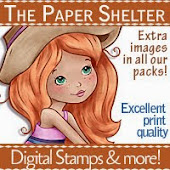 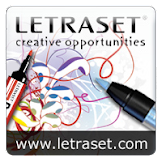